Finding the best places to travel might sound easy, but with so many amazing destinations in the world, planning a trip can become a hard task.

What are the best places to travel for 2020? Well, whichever type of vacation you want, whether it’s going for shopping in Paris, or visiting the vibrant Vietnam, our world is diverse and has something for everyone.

So, grab your passport, pack your clothes, and don’t forget the travel gadgets and prepare for an adventure that you’ll remember for the rest of your life.

The following is a list of the best places to travel for 2020: 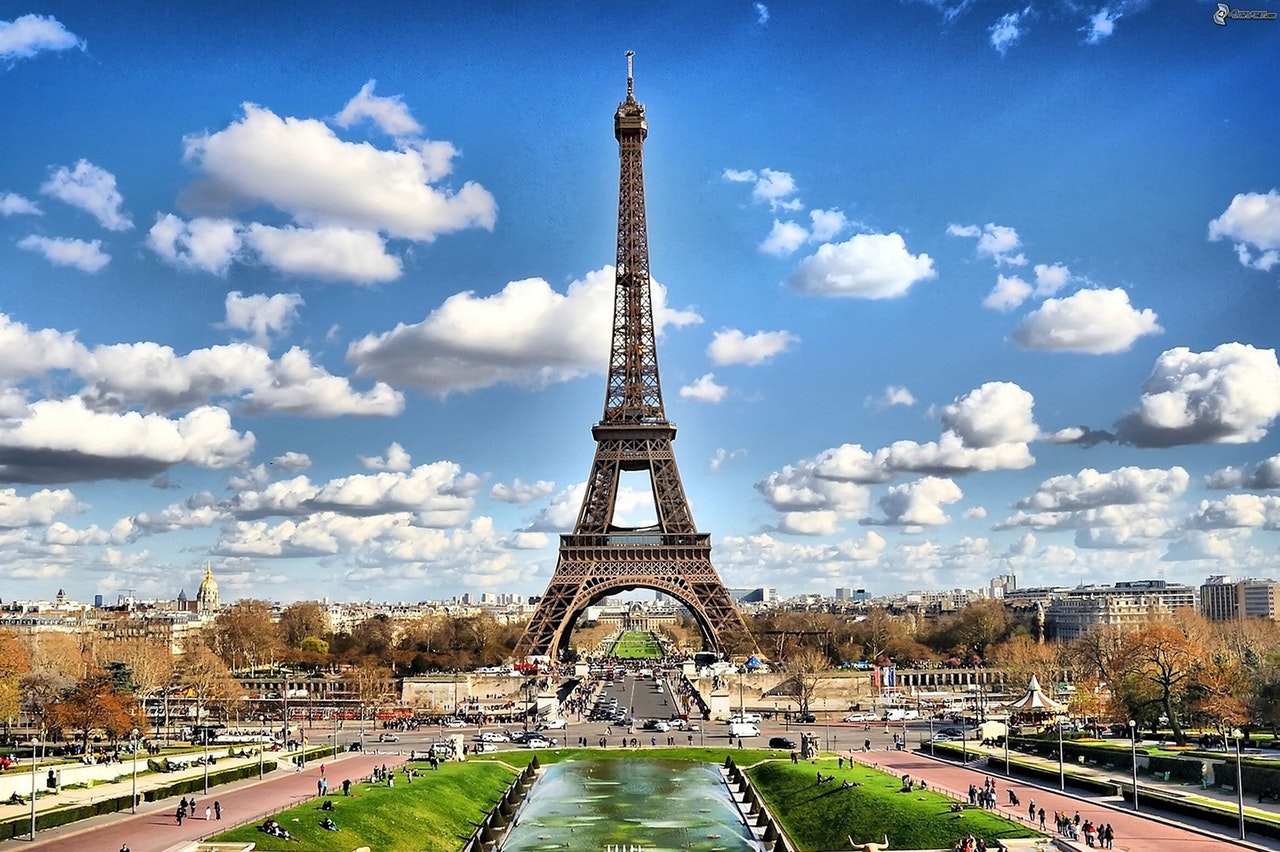 What more can we say about the city of love? Paris has been featured in thousands of books and songs and for good reason. It’s a city that symbolizes love and romance and should be on the list of every traveler.

What do tourists see in Paris?

The Art and Architecture

If you’re a lover of art and architecture, then you’ll be amazed by what Paris offers. With world-renown pieces of architecture like the Place de la Concorde, The Louvre, The Notre Dame, Arc de Triomphe, Les Invalides, and the Eiffel Tower, you’re definitely spoilt for choice in Paris.

Everywhere your eyes lay gaze has a limestone Parisian apartment and well-crafted and situated cafes.

Art is endless in Paris and has works from artists such as Da Vinci, Rodin, and Monet. Even the Monalisa is at the Louvre but you must get past a crowd to see it.

The Food and Wine

The French capital has a near endless list of delicacies and you must have your taste buds ready to get a taste of what Paris offers.

There are lots of pretzels, croissants, crepes, baguettes among other snacks and breakfast options. You’ll also be spoilt for choice with wholesome meals and once you’re done, you must have a desert. Some popular options include the assorted Macarons or some Crème Brulé.

There are fewer cities in the world that can rival Paris in fashion. Popularly dubbed as the fashion capital of the world, Paris houses some of the biggest names in the fashion industry. If you walk down some famous Paris streets, you’re bound to see some great fashion shops everywhere you look.

Pick your favorite shop to select your clothes and we promise that there’s nowhere else in the world that would make you feel at home. However, shopping in Paris isn’t cheap, but if you take your time, you’ll find a bargain shop.

Other activities include boating on River Seine and visiting the Eiffel Tower.

Ethiopia and its capital city Addis Ababa has blossomed under the rule of prime minister Abiy Ahmed, a Nobel Peace Prize winner. And the Menelik Palace, a 19th-century building that was a symbol of oppression and dictatorship for a long time, is now open to the public and international tourists.

The Zoma Museum is another tourist attraction, found in the Mekanisa neighborhood and blends new and old Ethiopian architecture with modern-day art. The Zoma museum features amazing work from artists across the country in a photography festival known as the Addis Foto Fest. Be sure to check it out this coming December.

If you’re a lover of art, you’ll find a display of the country’s fine artists in galleries such as the Lela Gallery, St. George Gallery, and the Addis Fine Art Gallery. 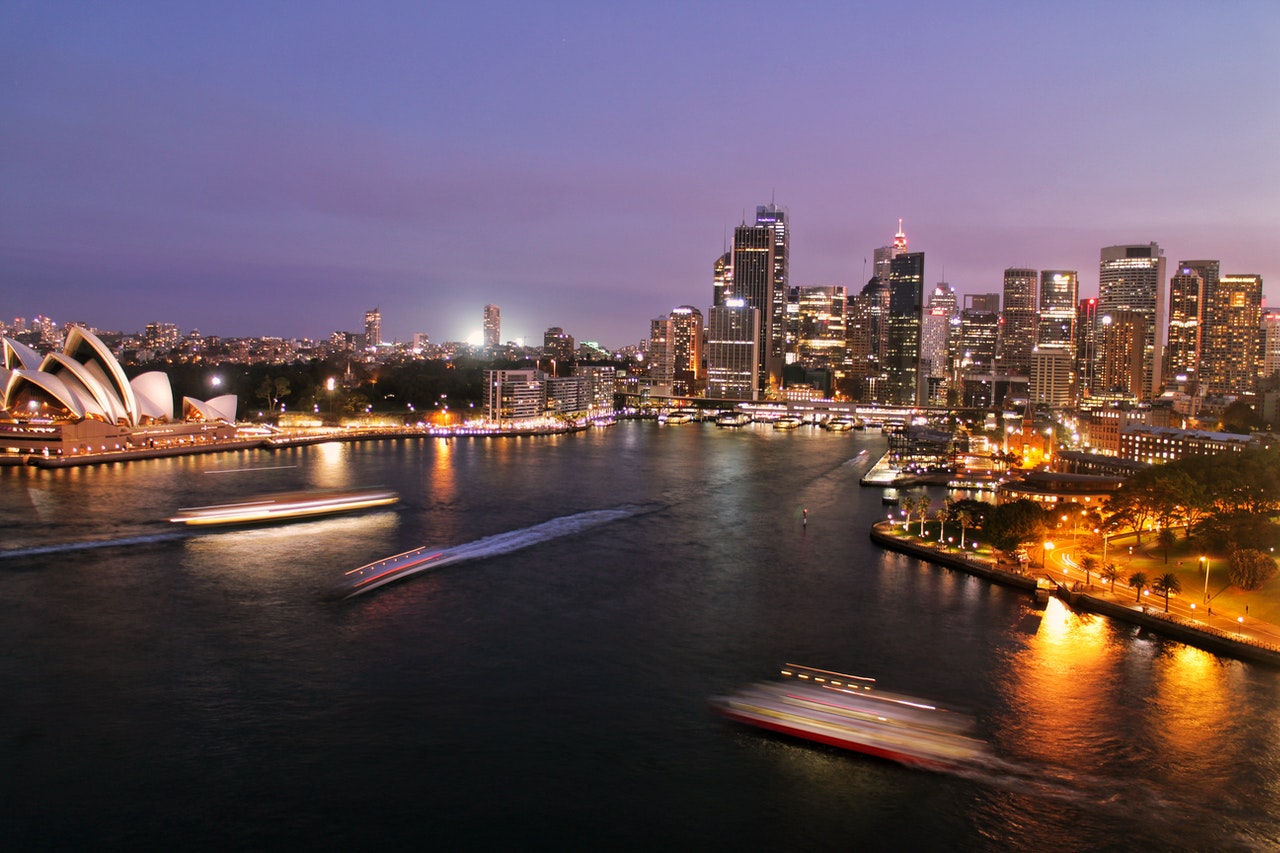 Sydney is a city known for its cool vibe and features vibrant bars, a culinary culture for both vegan and meat-eaters, and is not a surprise that Aussies name Sydney as the most livable city in Australia.

In years past, tourists flocked the Bondi Beach and the Circular Quay, but there are some new tourist districts that are slowly coming up.

But Sydney has something that will get you to visit this amazing place, even if you had reservations. You don’t believe us? How about having a taste of the aboriginal cuisine?

It’s no surprise that the country’s original settlers had some finger-licking flavors and new restaurants like The Yerrabingin rooftop garden are taking full advantage by making new entrees popular among locals and visitors from all corners of the world.

You are in for an amazing ride if you’re about to visit the country known as the motherland of Caribbean culture. With a distinct style of fashion where people love wearing long fabrics, to live music in the streets, busy markets, desert winds, and crashing waves, Dakar will surprise you, in a good way.

With an international airport that’s making transport easy, this city will become a hotspot of passengers from all over the world.

Seku-Bi, the first boutique hotel in Dakar, opened its doors in 2019 to breathe new life into a bland corporate area.

Dakar is ideally located as a connection point to other African countries where you can link to other destinations of West Africa. For example, the Zegrahm Expeditions is a popular Western African ship voyage among tourists with checkpoints in 9 different countries. The Peregrine Adventures on the River Gambia takes you on a weekly cruise during the cold months.

If you prefer to travel by land, a trip to the Djoudj National Park is a favorite for tourists and locals. This place has one of the largest gathering of migratory birds in the world, and they make for beautiful scenes as they rest in swamplands after tackling the blazing hot Sahara Desert.

Close by is Saint-Louis, an old colonial capital of the French. This UNESCO-protected city has a New Orleans vibe, something that you wouldn’t expect to see in West Africa. 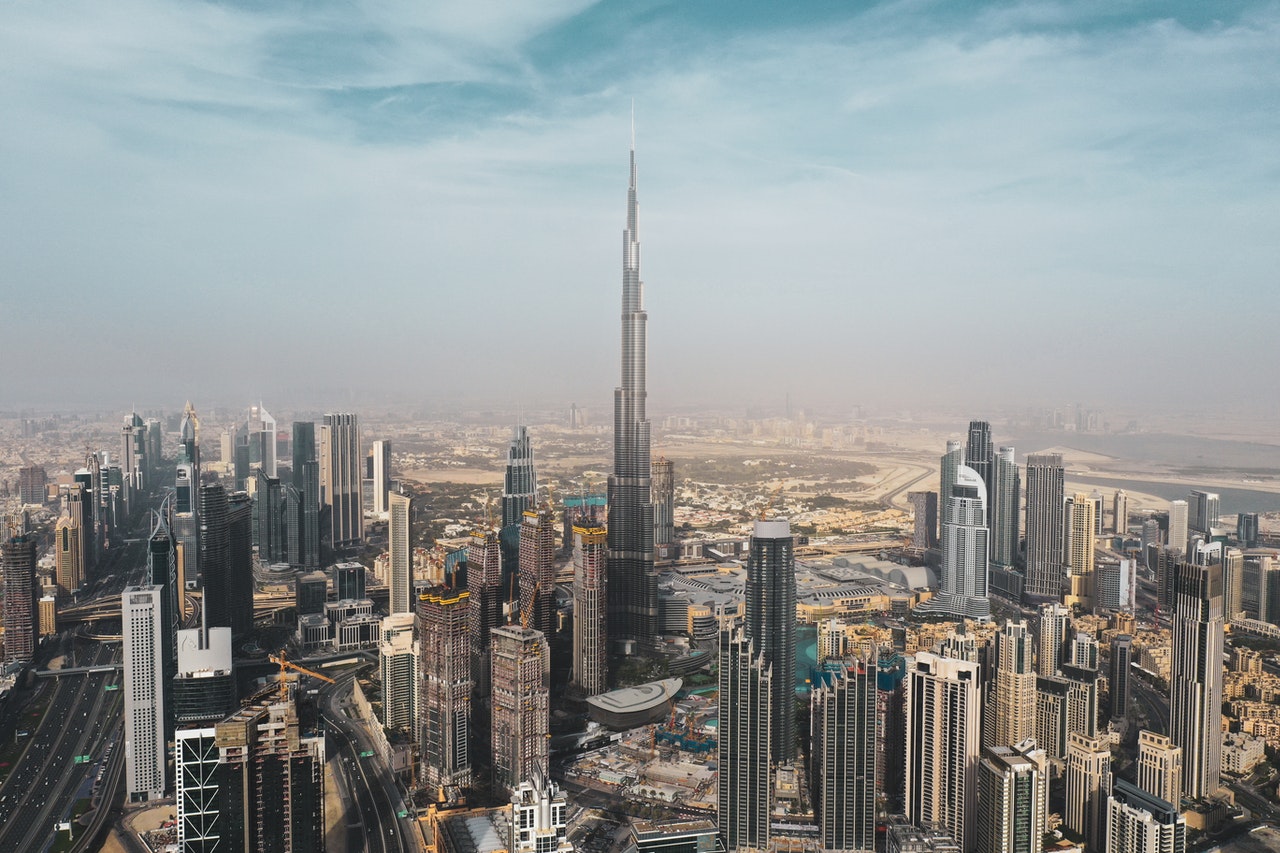 Most people don’t know that the United Arab Emirates features seven cities, with Dubai being the largest and populous.

Dubai widely known as the oasis of the Middle East and its rise is because of the oil boom that helps the city to remain as the best in the region.

However, this populous city of the UAE is experiencing a high number of tourists every year, many of whom it leaves in awe because of its development and high living standards.

Tourists flock to Dubai to get a taste of what the city has to offer such as desert safari, world-class buildings, and large shopping malls and shops.

Dubai is one of the most visited cities in the world, with many tourists attracted by the glamour and the festivals that the city has to offer.

With lots of activities to offer and clear blue skies, Dubai is the perfect holiday destination and one of the best places to travel in the UAE.

The top attractions in Dubai include the Dubai Museum, the Burj Khalifa in Downtown Dubai and is the world tallest building, and the Souk Madinat in Jumeirah.

Other popular attractions include the Dubai fountains, the Dubai Aquarium, and the Underwater Zoo at the Dubai Mall, the Dubai Marina, Dubai Creek, and you can even go skiing at Ski Dubai.

This country has experienced political and financial dysfunction but is slowly on the rise again to become one of the tourist hotspots in South America.

What has led to this rise? There are urban hotels and quality resorts that have cropped up in São Paulo and the north coast, respectively, causing an influx of tourists.

The North Coast area of Jericoacoara has seen several resorts built over the last ten years, but this area would have struggled with tourists if it wasn’t for the new regional airport that has made it easy for recent visitors to reach this remote site.

The new Casana resort is also playing its part and offers its guests unlimited access to the beaches and national parks along the North, where tourists can enjoy fun-filled activities like kite surfing.

In Sao Paulo, there are three urban hotels that have cropped out to capture the attention of locals and tourists. They include the Fasano hotel, in the middle of the historic quarter, the Rosewood São Paulo, a revamped hospital turned into a trendy new hotel while the Fairmont is building a state-of-the-art property.

Israel is a small country but has a lot to offer and you can’t have a list of the best places to travel without including it on this list.

Many travelers are yet to experience the modern side of Jerusalem, and once they do, they always come back with friends.

Jerusalem has more museums and cultural festivals than anywhere else in the world, and a unique cuisine thanks to local chefs who have gained international recognition.

New hotels and boutique properties have propped up such as the Lady Stern Hotel, The Villa Brown and The Orient.

On February 7th a high-speed train system between Jerusalem and Tel Aviv opened and reducing the travel time between the two cities to 32 minutes, making it easy for tourists to get access between the two popular cities.

If you head north, you’ll get to experience the ancient city, Akko, that dates back 5,300 ago. This place has undergone an immense transformation with world-class eateries, over 150 boutique wineries, and some of the most untapped and natural beaches in the Mediterranean.

Tourists prefer to stay at the Efendi Hotel once they get to Akko, a revamped Ottoman Palace.

Another famous tourist attraction in Israel is the Negev Desert that features some amazing and beautiful wonders. This southern region of Israel has seen an influx of tourists and is all down to the opening of the Ilan and Asaf Ramon International Airport. 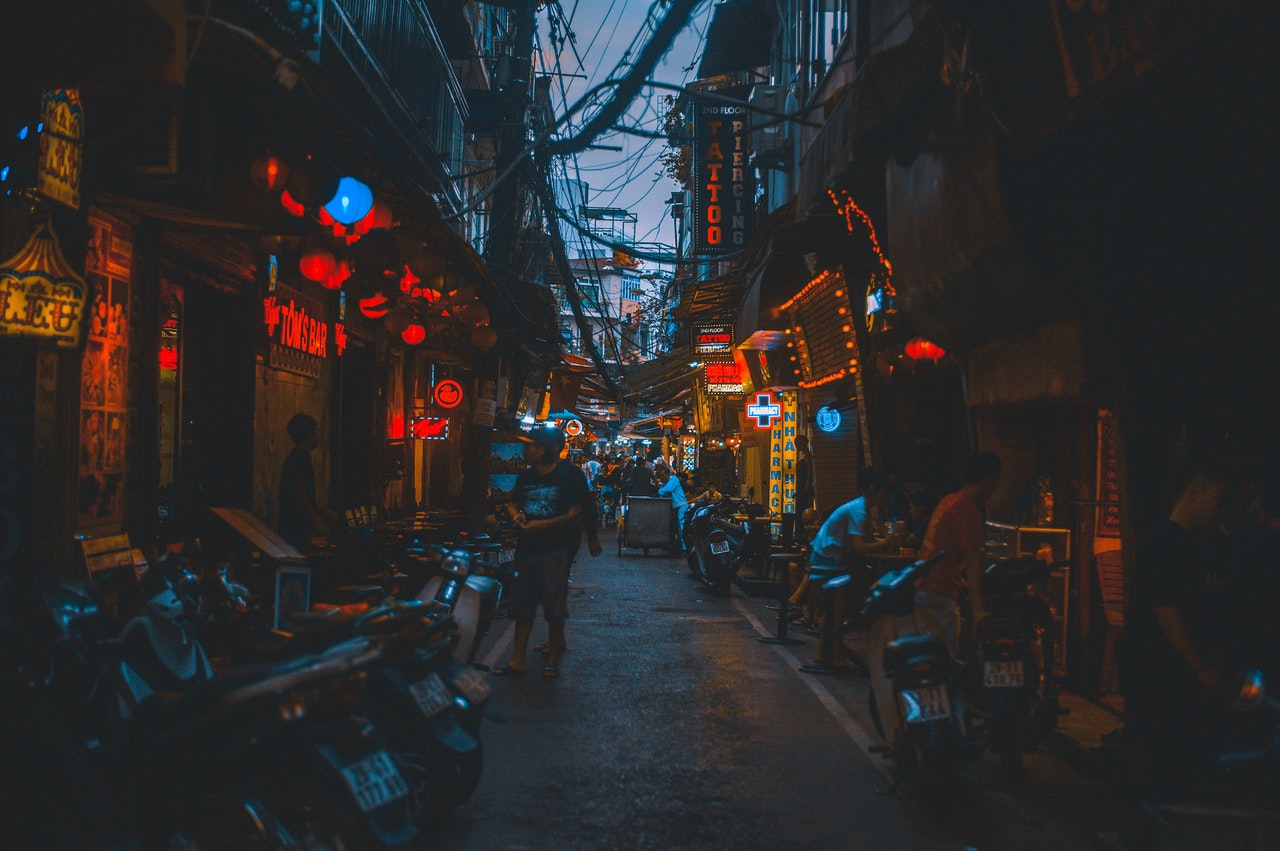 There are four words to describe Vietnam; mysterious, captivating, interesting, and welcoming. Looking at the togetherness and the rise of tradition and culture, it’s hard to believe that this region was in a 19-year war.

Vietnam is definitely one of the best places to travel and is the hottest tourist destination in the region with its natural beauty and sumptuous cuisine.

Whether you are trekking in Sapa or exploring the busy city of Ho Chi Minh, Hoi An, Da Nang or taking a walk down Vietnam’s history in Hanoi, this beautiful city will leave you in awe.

It doesn’t matter whether this is your first time in Vietnam or your tenth, exploring this beautiful country is always a new learning experience.

The uniqueness of Vietnam lies in is its diversity and every part of the country is different. This is not one of those countries where you can visit for a week hoping to cover every ground, you will need at least 15 days, but if you extend to 30 days, you’ll be in for the time of your life.

Many backpackers and solo travelers love Vietnam for its low-cost travel and upkeep while traveling or booking a hotel.

The country is safe and you’ll even spot several solo women travelers without a worry in the world.

There you have it, get your visas ready, book your flight to visit one of the listed cities or countries in our best places to travel; guide 2020.

Near cities to visit: